presented his building in terms of riddles—made of lands, topped by sea; built in a hurry, but preconceived. 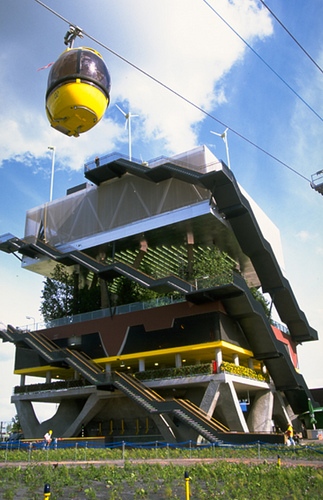 1) Genealogies of recent architecture by way of investigations into its minor practices (including treatments on pedestrian malls, supergraphics, program, and post-modernism).

2) Theorization of current design practices and their privileged formats of production (installations, films, writing, and graphics).

John’s current work focuses on articulating the modalities of world making (the apocalyptic, the utopian, the pastoral, and the realist) at play in contemporary design narratives (in architecture, as well as film, fictions, and games).