discussed the dissolution of the horizontal in establishing the various levels of a building. 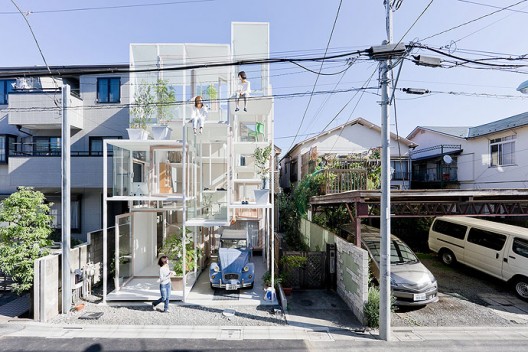 Penelope Dean is an architect and writer who previously taught design and theory at OSU, the Bauhaus Dessau, and the Rietveld Academy, Amsterdam, Penelope Dean was editor of the Berlage Institute’s journal hunch between 2003 and 2007 (issues 8–11), and served as an editorial consultant for Crib Sheets, Content, and KM3. A registered architect in the Netherlands, Dean worked at the Dutch office MVRDV between 1998 and 2002. Her writings have appeared in Log, Trans, Archis, Architectural Design, Architectural Record, and Praxis and she is founding editor of Flat Out, a forthcoming architecture and design magazine emanating from America’s mid-west. Dean is currently working on a book entitled Delivery Without Discipline, which locates and projects the disciplinary implications of the increased quantity and transformed quality of design since 1980.